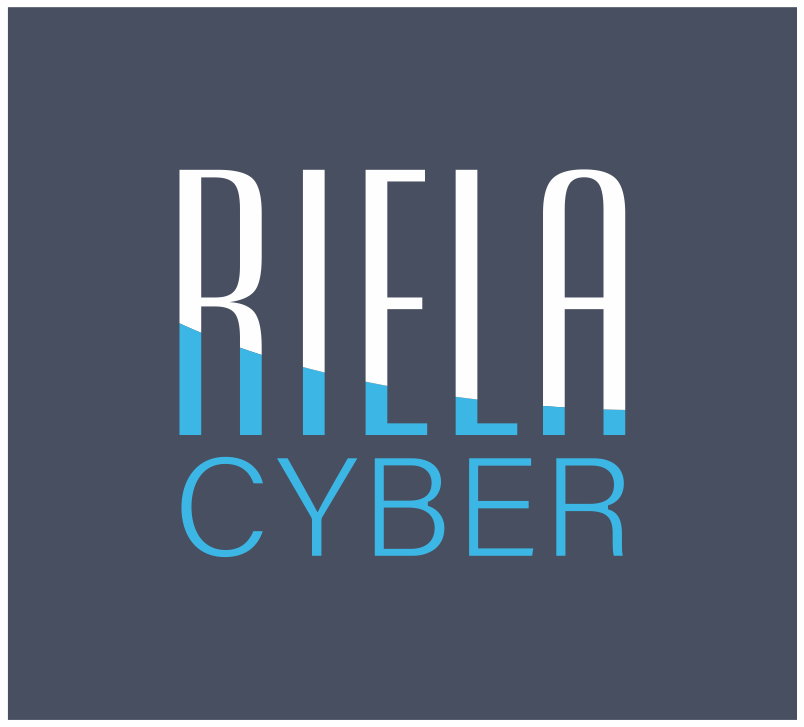 If Santa Was Hacked...

Cyber attacks happen every second… But what would happen if Santa was hacked? How would he fall for it and more importantly, how could he stop this from happening in the first place?

If Santa was hacked, it would most probably be a consequence of phishing email. With an estimated 91% of attacks starting this way, it is probable that somebody on the naughty list sent Santa a suspicious link.

As a result, every workstation in the North Pole could become infected with malware, or worse, be hit by a ransom; causing downtime and disruption across the Elves’ workshop. The presents would never be ready in time for Christmas day! To make matters worse, a breach of this scale would also mean that Santa’s entire ‘nice or naughty’ list is inaccessible as he stored it on his local machine.

The first step in preventing a disaster like this would be for Santa, and his Elves, to take cyber security training. This is a simple, quick and efficient activity which focuses on real behaviour change, rather than basic tick-box training as this will not keep anyone engaged enough to make a difference.

Secondly, Santa must remember to regularly patch his most vulnerable assets. This includes all software, workstations, his electric smart-sleigh and most importantly, his sack full of presents! 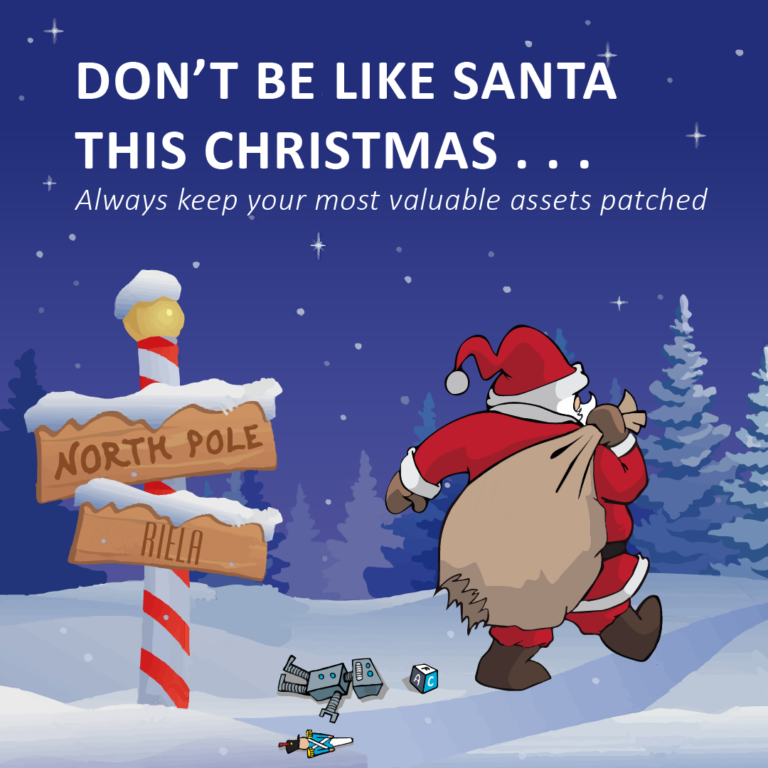 In summary, if Santa was hacked, it would be a disaster! To ensure your holiday season doesn’t get turned upside down, get in touch with one of our Cyber Elves for a free consultation.

Stay updated with the latest threats and industry news.

we’re Here
To Assist You

Feel free to contact us, and we will be more than happy to answer all of your questions.

Jamie studied at the University of Portsmouth completing an undergraduate degree in Computer Forensics & Cyber Security, and achieved a masters degree in Data Analytics.

With previous experience as a Junior SOC analyst, Jamie is a highly motivated cyber security professional with a strong interest in Malware Analysis and Binary Exploitation. 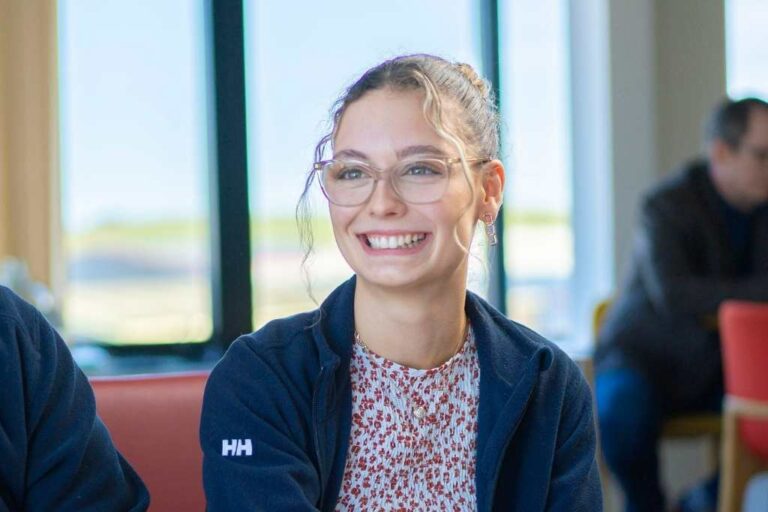 As a Marketing Executive, Alex is responsible for all marketing duties spanning the Riela Group.

Alex joined the Riela Group in August 2020, shortly after graduating with a Psychology degree from Nottingham Trent University.

With past work experience in content marketing, event management and web design, Alex is able to apply her creative and analytical skills into the Riela strategy. 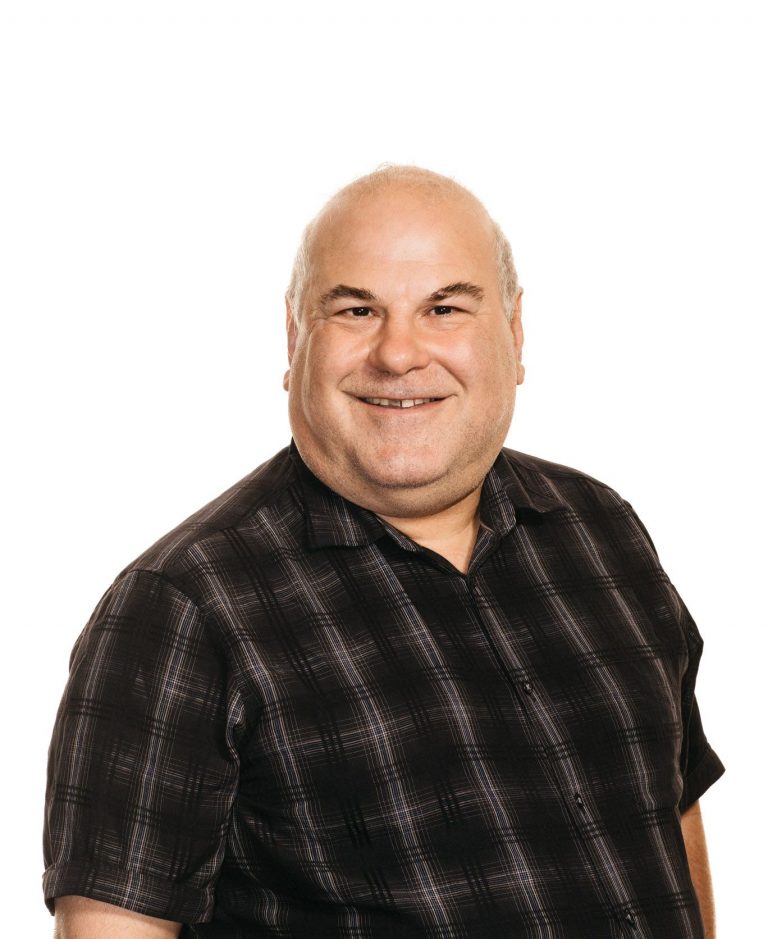 Peter is an experienced technology consultant with a demonstrated history of working in the IT and cyber security industry.  Skilled in Search Engine Optimization (SEO), IT Strategy, Start-ups, Regulations, and Online Gaming. Strong consulting professional with a DPhil focused in Natural Sciences from ChristChurch, Oxford. 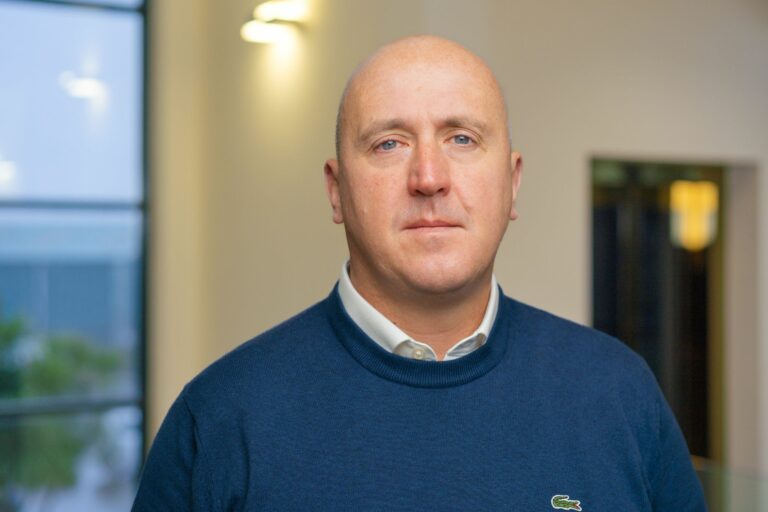 Robert Tobin is the Managing Director of the Riela Group of Companies and is responsible in overseeing our business operations, our people and driving excellence in all we do.

Rob brings over 25 years’ of successful leadership and entrepreneurial experience across a range of industries including Family Office, corporate services, construction engineering, Superyachts, cyber security and information technology development to our Group, and to our customers.

In the past 15 years Rob has gained a prominent reputation within the Superyacht industry for his passion, integrity, innovation and achievements to date.

“Being part of an awesome, capable and forward thinking team that have a shared passion for Superyachts, people and the environment is the highlight of my career and puts a smile on my face and a spring in my step everyday”.

Christian is involved across the Riela family of companies with particular attention to the technology businesses, Cyber and Tech.

Before joining us, Christian worked for six years at Argosy Capital, an Isle of Man-based private equity and venture capital business focusing on early-stage growth businesses. At Argosy, he focused on managing investment companies, research and financial analysis and served as a director on several boards. 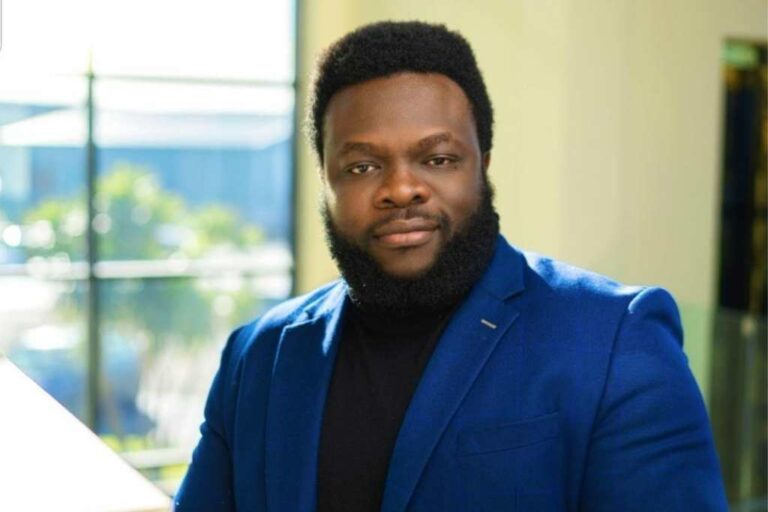 With a PhD in Computer Science and a penchant for security innovation, Joseph specialises in threat detection using an avalanche of industry tools, techniques and methodologies to efficiently mitigate known and emerging threats facing our high valued clients. 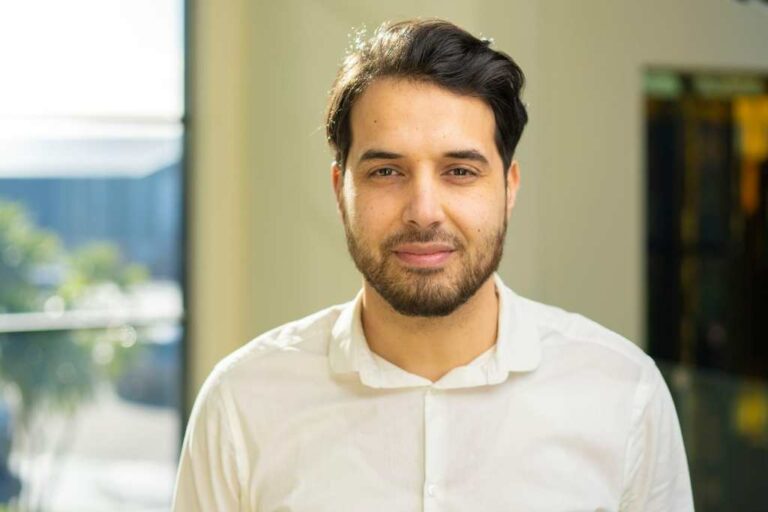 Saîd is a Cyber Engineer & Incident Response Lead in the Security Operations Centre team.  Saîd brings his vast wealth of technical knowledge of security technologies to analyse and respond to security threats.  After 13 years experience in Cybersecurity, focusing on Identity & Access Management, PKI, Incident Response and SIEM, Saîd is instrumental in helping formulate our strategic approach.

Saîd has a Master’s degree in Computer Engineering and specializes in Information Security with certifications in CEH, CCSK, and Splunk. 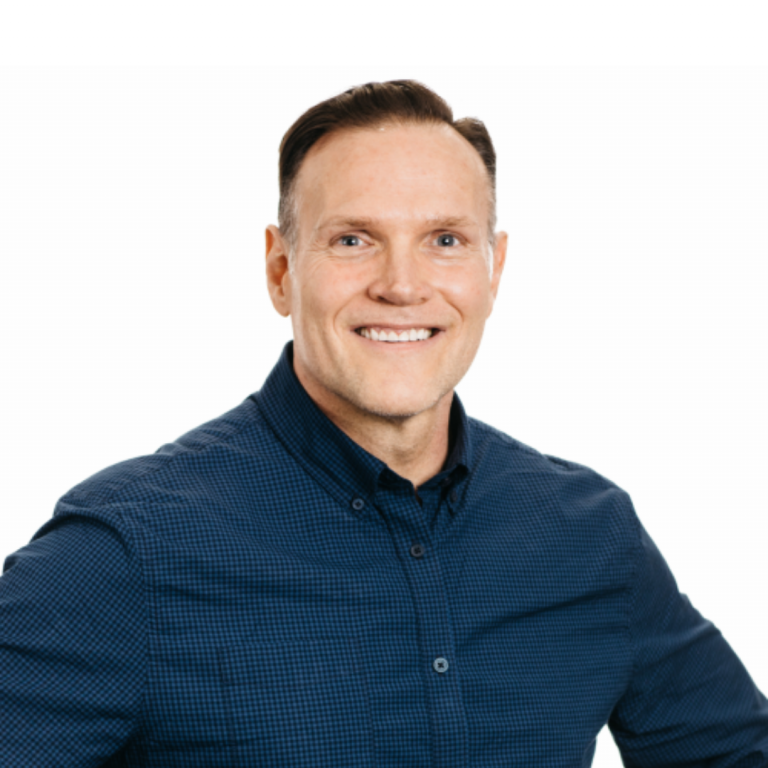 Carey is the Cyber Security Operations team lead at the Riela Group of Companies.

He has a wealth of infrastructure and cyber security experience across the medical, financial, retail, and telecom sectors.  In addition he has a strong entrepreneurial spirit which is an asset in bridging the divide between technical and business.

Carey also holds numerous certifications in Microsoft, Cisco, Linux and the Cyber Security Disciplines.  He has a passion for anything related to technology. 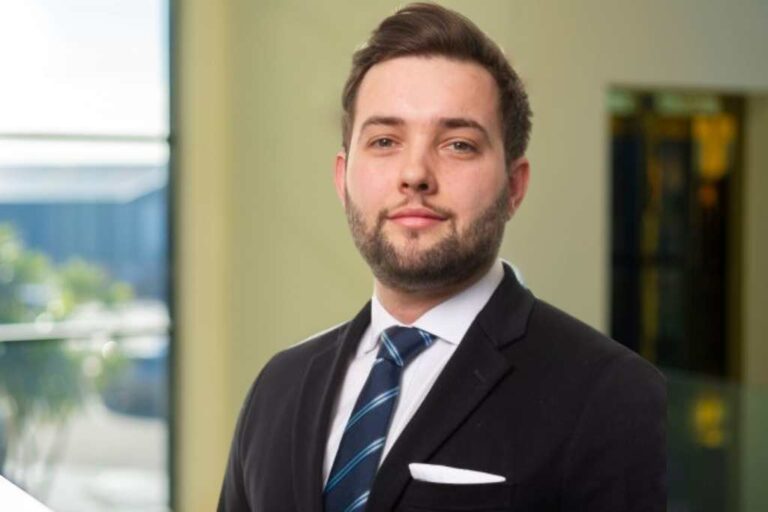 As the Head of Group Sales at the Riela family of companies, Matthew leads the company’s sales strategy, execution, and growth.

Matthew has a successful record building trusted client relationship and delivering upon set expectations. An accomplished sales leader, he delivers a sales process that provides clients with the information and support they need to make the right decisions for their organisations and their constituents.

Matthew has significant experience within the maritime industry having previously worked across various sectors including insurance, security, satellite communications and managed IT. Matthew’s most recent experience encompasses almost 5 years spent with the leading satellite communications and managed IT provider in the maritime industry, focusing on their superyacht clientele. 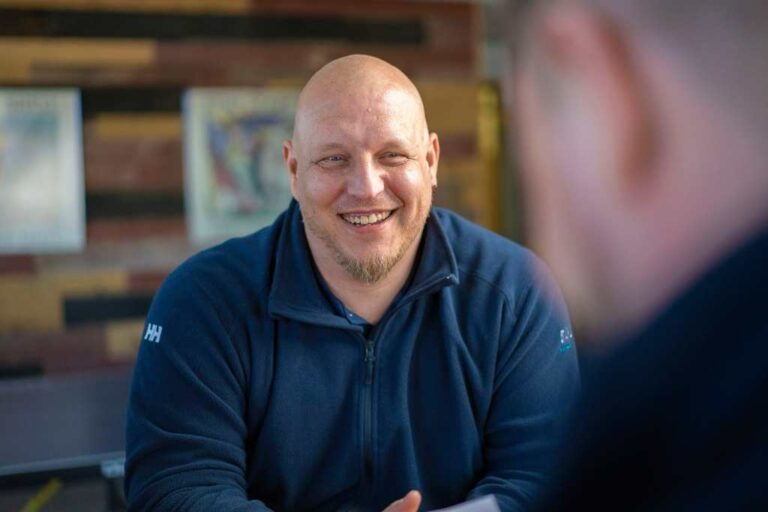 Marc is our Group’s Infrastructure and Managed Services lead with over 18 years’ experience in delivering infrastructure projects across multiple industry verticals and international jurisdictions.  From projects in Aerospace and Engineering through to Banking and Insurance, from Europe, China, Africa and Australia.

This experience is matched with a varied list of certifications from leading industry vendors such as Hp, Cisco, Microsoft, Ruckus, CompTIA and more.  As a qualified technical trainer Marc is comfortably able to take complicated technical concepts and deliver them in simplistic terms to key decision makers and end users alike.

Most of Marc’s experience has been gained working for managed service providers, both large and niche and as such is able to take real world experience and blend it with industry standards to help align our service delivery with our clients values and processes. 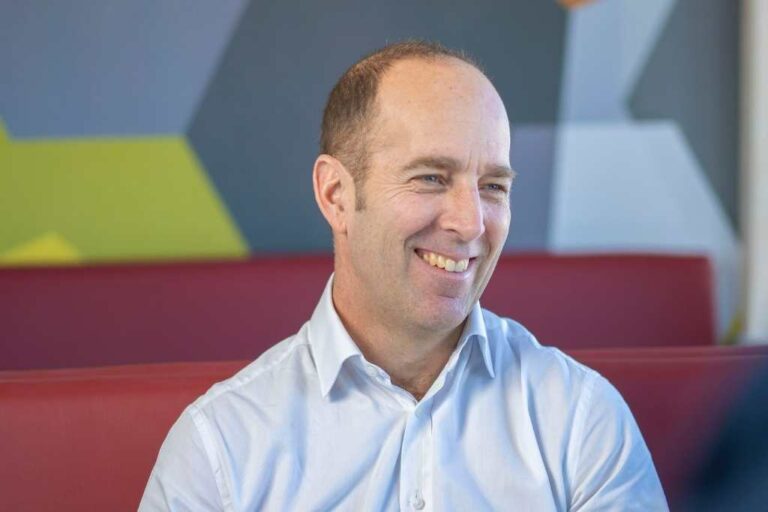 Kurt Schrauwen is a Director of the Riela Group of companies which includes Riela Yachts, Riela Cyber and Riela Tech.

Kurt brings more than 20 years of leadership experience having been an early part of the global success of Microgaming in becoming a market leader. Kurt was responsible for the commercial, contractual, and technical sales for Microgaming and with this experience will complement the company’s growth strategy.

Kurt is passionate about business optimisation and prides himself in having an intrapreneurial outlook to maximise staff potential, reduce inefficiencies as well as identifying and maturing revenue growth opportunities. 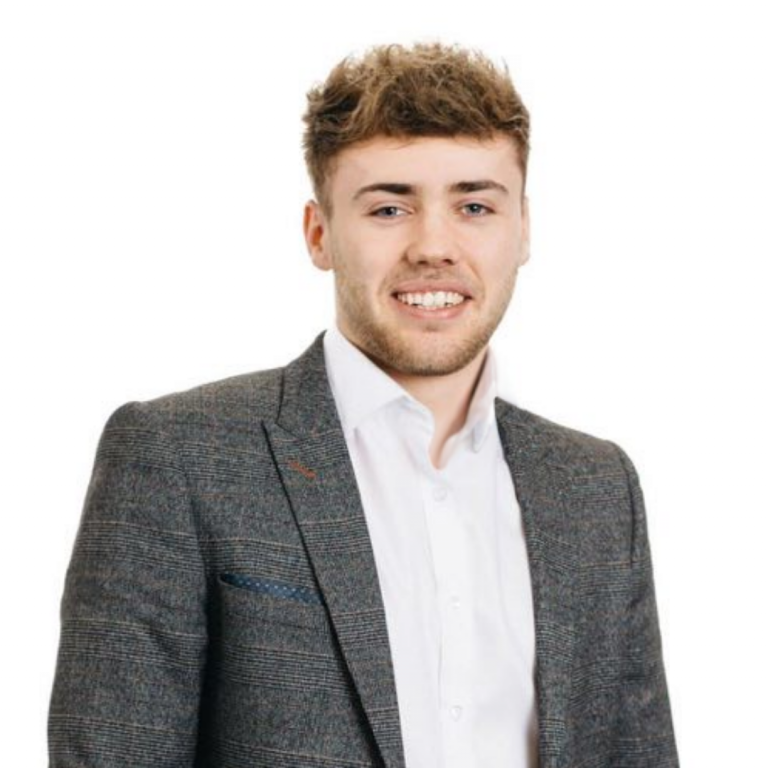 Josh is a Cyber Security Engineer specialising in Technical Sales and Support. Josh builds trust into each client relationship by working closely with business functions to deliver professionally tailored solutions for our clients from sales through to production and after care.

Having spent 4 years as an Officer Cadet in the British Army, Josh has had a great opportunity to develop his interpersonal and management skills to the highest standard possible. Josh is an avid public speaker and presents material regularly across different industries through seminars and online hosted events.

With an extensive competitive background in eSports and eGaming, both as a sponsored player and coach, Josh has been at the forefront of evolving technology, security and mitigation. It is this sort of experience that enables Josh to help facilitate the growth of Riela Cyber, alongside a highly qualified team of Cyber Security professionals. 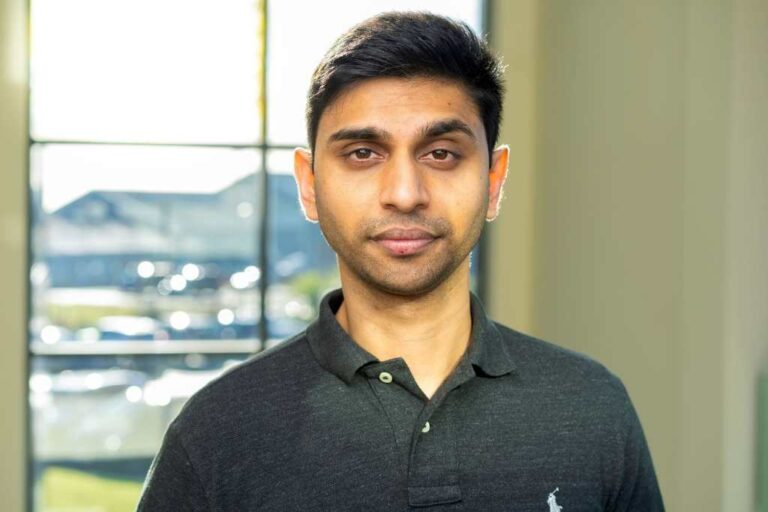 Luke is an Infrastructure Engineer for the Riela Group with over 7 years of experience providing infrastructure support and solutions.

Most of his experience has been gained by working for Managed Service Providers that provide full IT support and solutions to companies ranging from small to large enterprises.

He is extremely passionate about technology and excellent customer service delivery, ensuring he is always kept up to date with the latest technologies and providing the best solutions to clients. 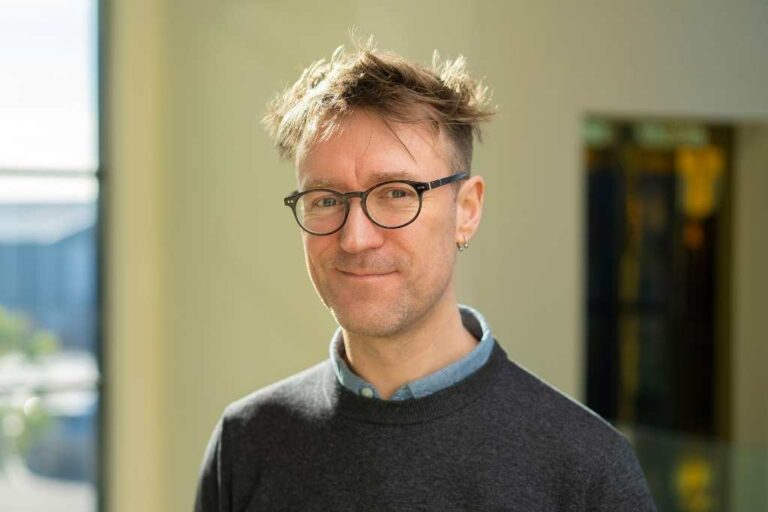 Andy is a qualified Network Engineer with in-depth knowledge of architecting, implementing and supporting networking solutions in the SMB, Enterprise and Service Provider environments.

He has over 20 years of experience working across multiple vendor operating systems, including Cisco, Juniper, Linux and Microsoft, and has also been responsible for implementing a variety of large scale network services deployments, taking projects from design to rollout and support.

Andy also has experience of deploying and migrating a range of virtualisation technologies including VMWare, Hyper-V and KVM based systems. 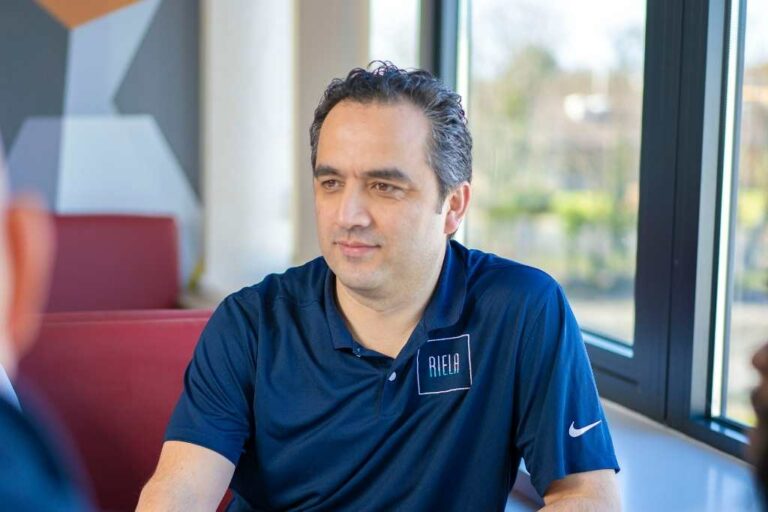 Murat Guner joined the Riela Group in the Summer of 2021 as an Infrastructure Engineer.

Murat began his career in Turkey as a computer teacher for primary and secondary schools before migrating his skills into IT infrastructure. After honing his IT experiences throughout a colourful career path, Murat gained numerous qualifications which he is now excited to apply to the management of our Riela Tech infrastructure. 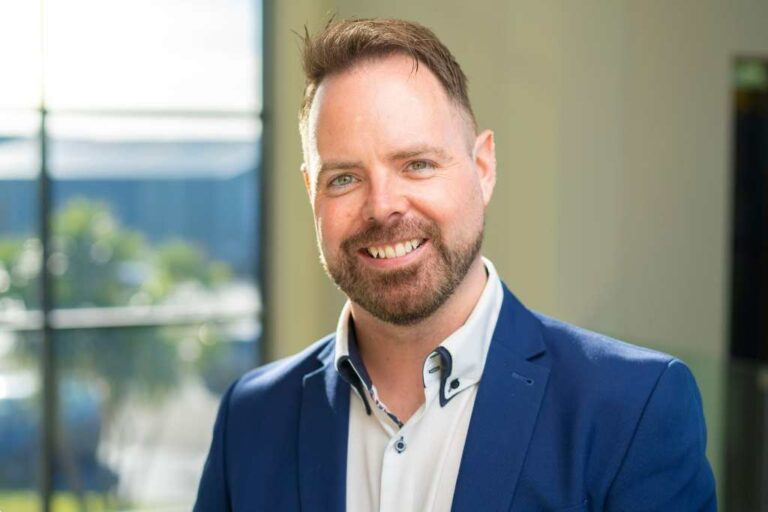 Paul Cocker joined the Riela Group in late 2021, after spending just under 20 years with his previous employer.

Paul is responsible for the Riela Tech service levels, working on both the dispatch function and SLA management. Paul carries out a variety of duties across the Network Operations Centre and works closely across the wider team to deliver professionally tailored solutions for our Riela Tech clients. 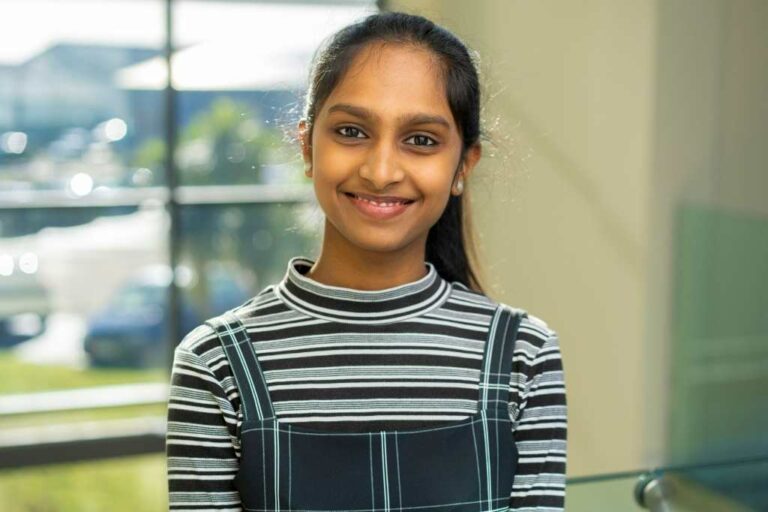 Through her internship with Riela Cyber Linette hopes to apply and expand her knowledge the industry and encourage other young women into cyber careers in the future. 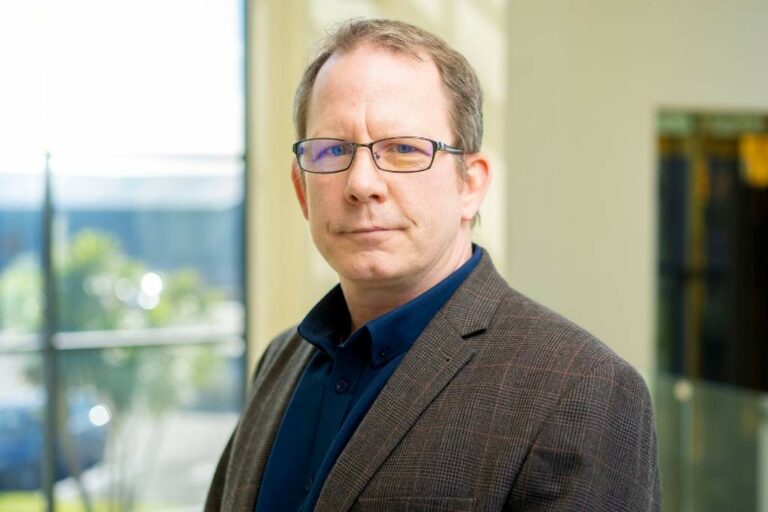 Tim Bliss, Managing Director of Riela Tech since the company foundation in 2015 and Director of Riela Cyber, brings over 20 years’ of successful leadership experience across a range of industries including finance and banking, software development, and manufacturing, as well as cyber security and information technology. Prior to forming the company he led the technology for Manx Financial Group PLC, where he was instrumental in business systems transformation.

“It is our hugely capable team of experts that drives our business – it is fantastic and rewarding to be able to use technology, intelligence, and great customer service to help make our clients’ business and staff progressively more efficient resilient and secure”